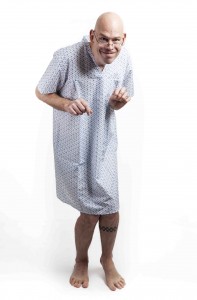 Jim’s wife, a patient on a dementia ward, has died from what appears to be natural causes. Jim is a retired police detective and he smells a rat. He’s determined to solve one last murder. The problem is he also has dementia. It’s a case worthy of the greatest detective mind. But his will have to do.
At the heart of Forget Me Not is a detective whose tool of the trade – his mind – is failing him, making the most important case of his life something of a challenge to solve. By turns hilarious and thought-provoking, this is a one-man comedy poetry theatre show that has a lot to say about how we treat and perceive people with dementia.

or on-line via Eventbrite